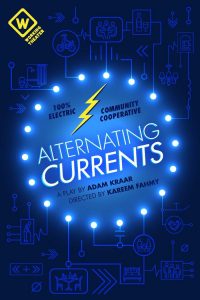 Listen in as Mark Plesent, Producing Artistic Director of Working Theater, and Adam Kraar, the playwright of Alternating Currents, the company’s new show in their “Five Boroughs/One City Initiative,” discuss inspiration from the unique place of Electchester, Queens, discovering your main characters, putting an audience’s own story onstage, “wonderment,” advice for new indie theatre artists, and what it takes to live in a community.

“…what quickly gripped me…was the multiplicity of voices that seemed to contradict each other, about everything from the politics of the street fair, to how nice it is to live here, to what race relationships are like. And everybody was very heartfelt and sincere, but there were a lot of contradictions, some disturbing things, some really inspiring things. So the initial impulse for the piece was really to write a play for a multiplicity of voices…”

END_OF_DOCUMENT_TOKEN_TO_BE_REPLACED

“Do it. That’s what we did…our first season we produced for $2,500. It was me with a big trunk full of the props, and I would wheel it on a little dolly into the park. If you’re heart’s in it, you’ll find a way.” END_OF_DOCUMENT_TOKEN_TO_BE_REPLACED 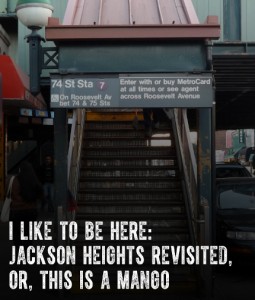