The Go See a Show! podcast is the only podcast dedicated to the independent, or “off-off-Broadway,” theatre scene in New York City.

Each episode features an interview with artists making theatre in our community, discussing the ideas and process behind their work, usually focused on a show currently running around town.

Got a tip for the podcast, or an idea for an episode? E-mail the producer! 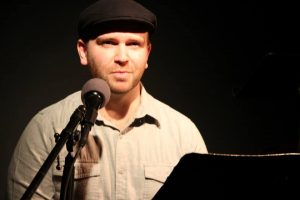 Robert A. K. Gonyo (Producer & Narrator) is a theatre artist, voiceover talent, and musician residing in Woodside, Queens, NY. While primarily a director in the theatre, he can also be found acting, sound designing, and producing, most commonly with Co-Op Theatre East (COTE), the company he co-founded in 2008 with the mission to create new, innovative, socially-minded works.

An aficionado of radio plays, Robert has directed several pieces in Distilled Theatre Company‘s DTC Radio series, and produces COTE’s long-running Radio COTE series of new plays on social themes. He also wrote & directed the radio plays Conference, which puts the audience on a campaign strategy conference call, and A New Cassette, featured on the Geste podcast. Also on Geste, he is the director of Lizzie Vieh’s Monument Valley, and the live foley artist/musician for the A Knock on the Door series of improvised radio dramas.

Apart from this podcast, his voiceover work can be heard on several audiobooks and mobile games, the Tracing Xenakis and ICEcast podcasts from the International Contemporary Ensemble, which he also produced, as well as the Pseudopod horror podcast. www.robertgonyo.com 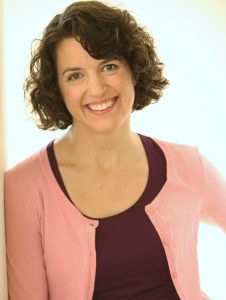 Tara Gadomski (Correspondent) is an actor and writer. Her acting screen credits include: Orange is the New Black (Netflix, directed by Jodie Foster); The BLACKLIST (NBC); Blue Bloods (CBS); Horace and Pete (created and directed by Louis C.K.); the multi-award winning short film and webseries, Docket 32357; and several national commercials. Some of Tara’s favorite stage credits are: Recent Tragic Events, in which she played the dual role of Nancy/sock-puppet Joyce Carol Oates (TIC Theatre Company, NY) and Lost Pirates, an original musical for the Edinburgh Fringe Festival. Tara’s short play, The Offering won “Best Play” of the Network One-Act Festival in New York. Tara is also a regular contributor to BBC Radio 5. She is the co-creator of the Geste podcast and the webseries A Ladies Guide to Making Conversation More Interesting. www.taragadomski.com

*special thanks to Eric Doss at http://dfxden.com/ (and a past guest on the podcast!), for helping to keep the unsavory elements of the internet at bay!*