Listen in as League of Independent Theater Managing Director Aimee Todoroff, and President of their Board of Directors Guy Yedwab, discuss the recently passed Open Culture program, what can be done, what the process looks like to do it, how to get your work out on the streets (safely), and LIT’s further efforts to sustain and promote indie theatre in NYC.

“…we’re all dying to re-open, and first, to really, truly re-open, we have to beat this coronavirus thing…putting it into structures where there’s safety in these performances is going to not only allow us to perform now, but build that world where we can go back to more performance, more normally in the future…”

END_OF_DOCUMENT_TOKEN_TO_BE_REPLACED 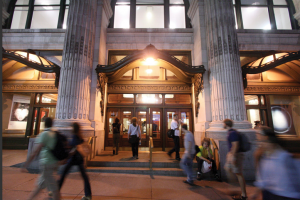