And, observing it all, a bemused Jesus.

If that doesn’t intrigue you to check out Emily Claire Schmitt‘s excellent play Whatchamacallit: A Play About Jesus, then this interview certainly will.

Listen in as Emily, along with director Ria T. DiLullo, and cast members Miranda Poett, Claire Buckingham, Charlotte Pines, and Courtney McClellan, discuss the hero’s journey, embodying third wave feminism, Catholic education, a play and rehearsal process mostly free from the male gaze, and how songs can sometimes sing you.

“…when I wrote the script, one of the intentions was, ‘how are we going to deal with issues that people don’t like talking about, but in a way that’s fun and comfortable…can we talk about religion, and can we talk about women, without judging religion…can we actually deal with these things in a human way, without destroying ourselves…”

Whatchamacallit: A Play About Jesus 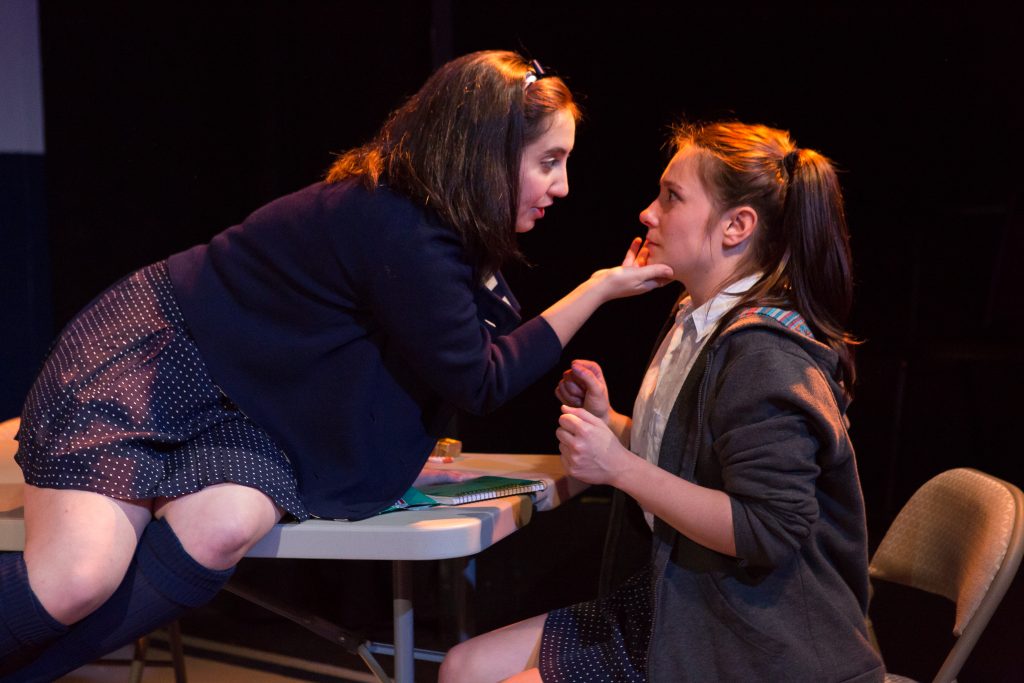 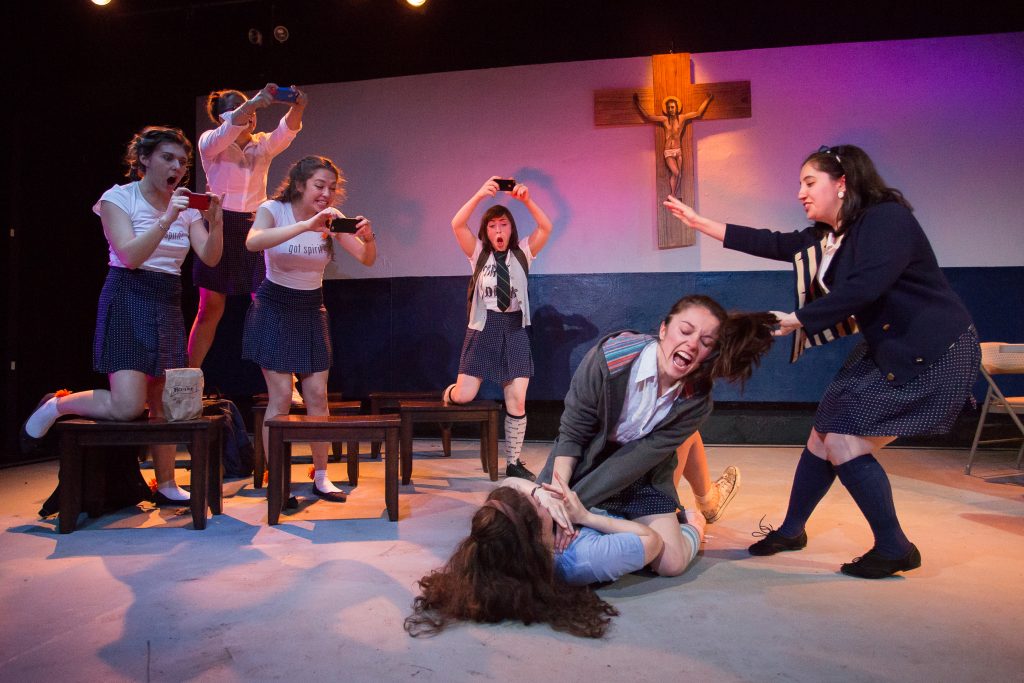 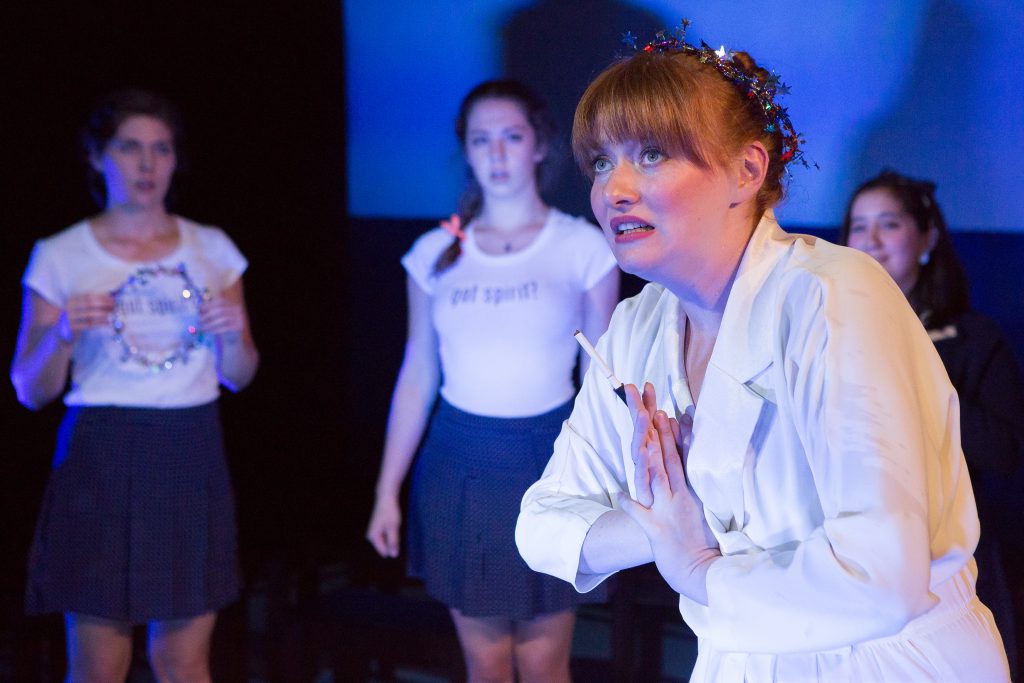