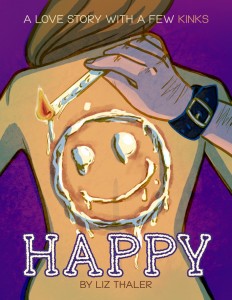 Your ever-humble GSAS! producer is sound designing a great play that’s being produced as part of F*ckFest at The Brick in Williamsburg—and because I have editorial control over this here podcast, well, this is an episode about it.

Even if I weren’t working on the show, I’d still be excited to have playwright Liz Thaler and director Lauren Miller join me on the mic to talk about this “love story with a few kinks,” Happy. That’s because I’m extremely proud of the work everyone’s done on the show, and I think you’ll enjoy it, too. Go see this one, y’all.

“…nobody’s left out of the story. Nobody has to come in and be, like, ‘oh, that’s not my kink,’ because some of the fantasies aren’t ever said out loud—so they get to fill it in with whatever’s scariest. Or whatever’s sexiest. So I think that allows the audience to identify with something that sometimes people are terrified to identify with, which is their own raw human sexuality.”

Quick point of order: the play and this podcast episode acknowledge the existence of sexual behavior among human beings, and some of that behavior might be outside the realm of what you’re used to seeing depicted in pop music videos and teen comedies; no discretion advised, but you’ve been notified.

END_OF_DOCUMENT_TOKEN_TO_BE_REPLACED 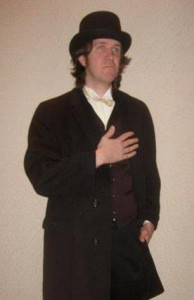