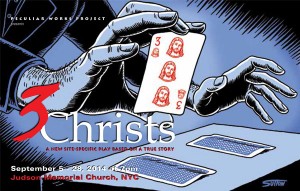 Students of the sordid history of psychological treatment might be aware of social psychologist Milton Rokeach’s experiment, chronicled in his book The Three Christs of Ypsilanti, to lessen the delusions of three paranoid schizophrenic patients who all believed themselves to be Jesus Christ—by putting them in close contact and encouraging them to confront their conflicting statuses as the Christ.

Ethically questionable, to say the least, but it proves fascinating source material for Peculiar Works Project to mine for their new site-specific show 3Christs, presented, appropriately, at Judson Memorial Church.

by SM Dale and Barry Rowell
based on The Three Christs of Ypsilanti, a psychological study by Milton Rokeach
directed by Kelly O’Donnell 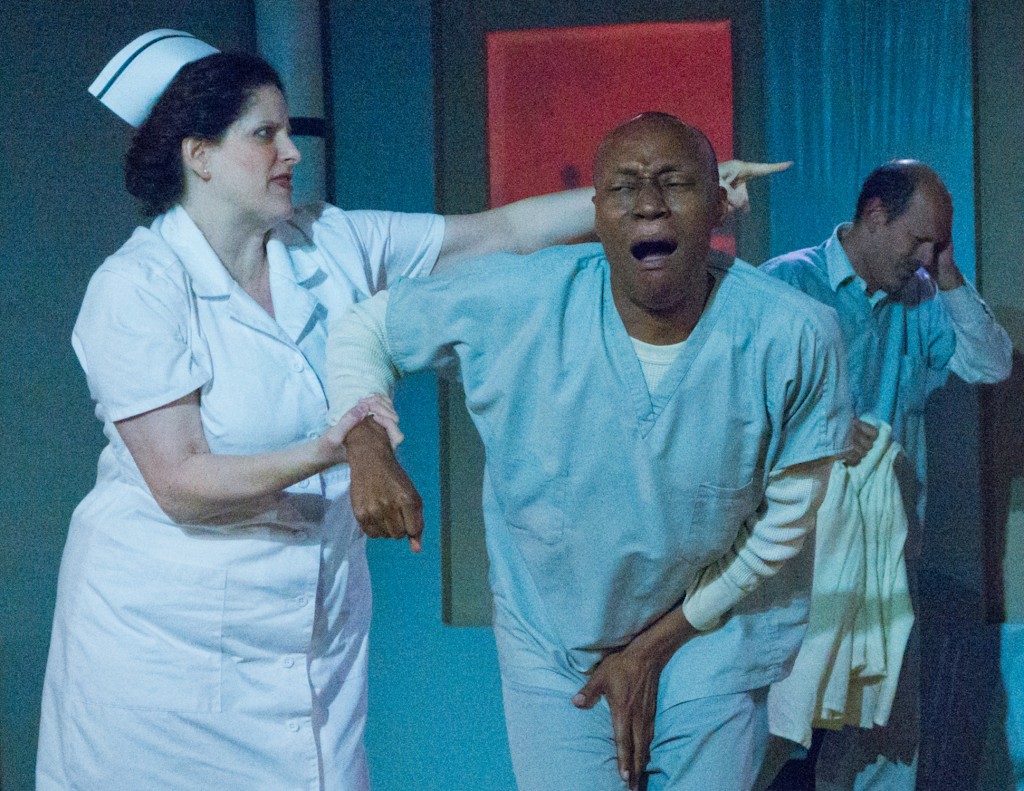 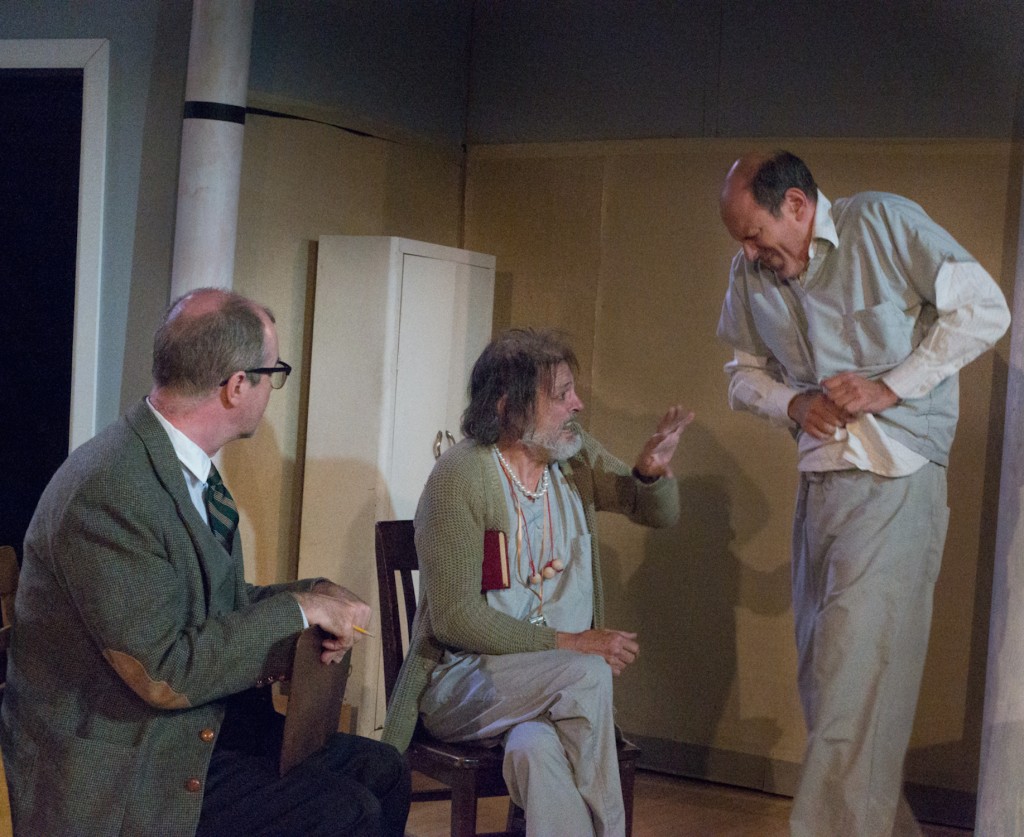 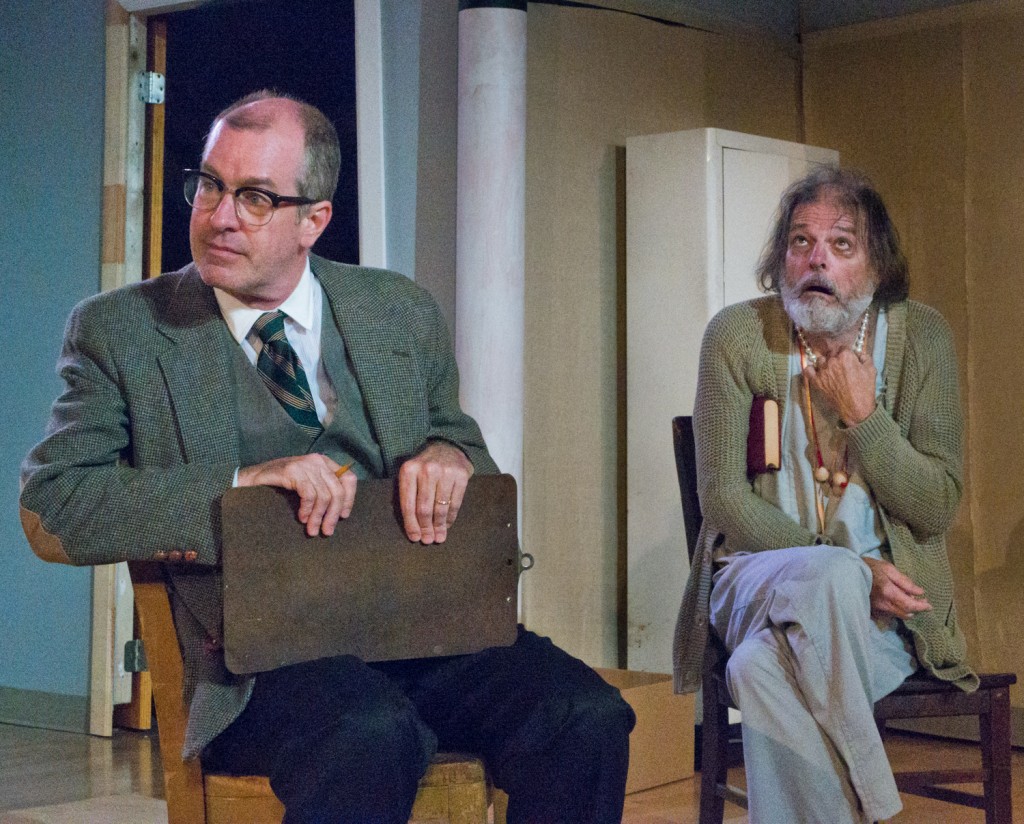 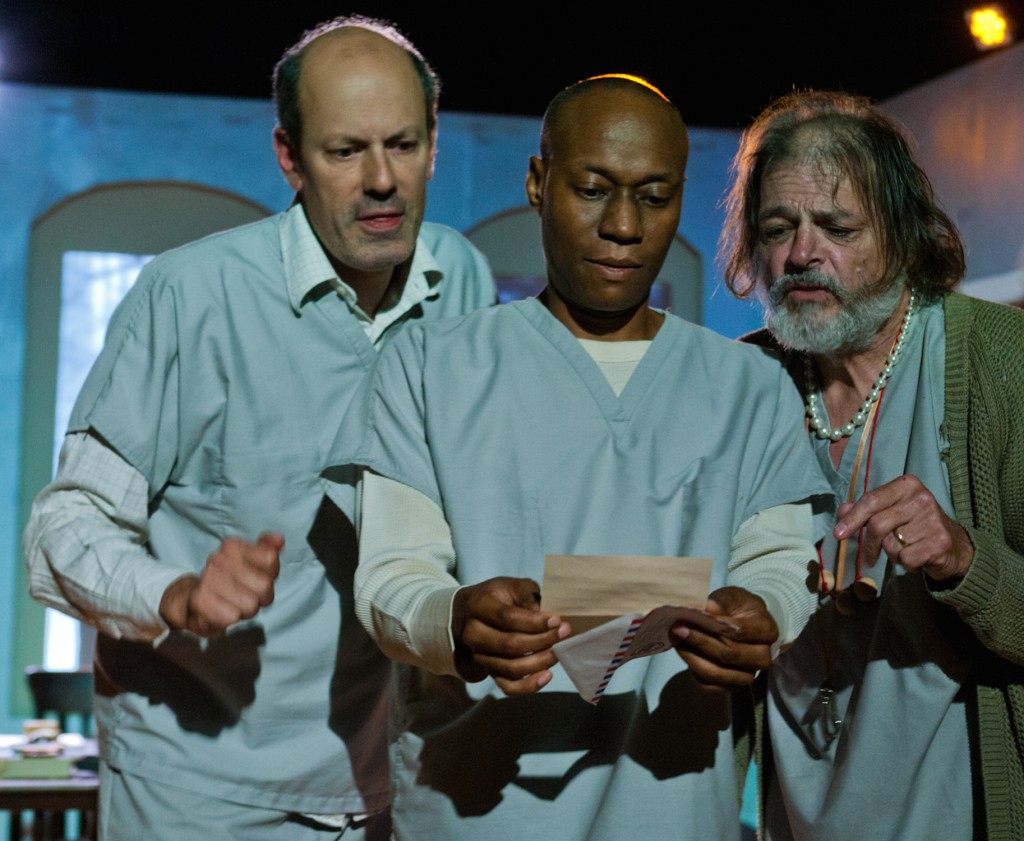