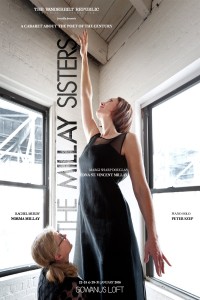 If you’ve ever wandered around Greenwich Village, you might have noticed a very tiny house at 75 1/2 Bedford Street, built on a former alley (it’s Manhattan, so if there’s land to be built on, someone’s going to try it). Stop and take a look at the facade, and you’ll notice a vermillion plaque, commemorating that this was once the home of poet Edna St. Vincent Millay.

If she’s unfamiliar to you, you’re in the fortunate position of getting to explore her work for the first time. And a great place to start would be The Millay Sisters, a cabaret/performance/play about Vincent (as she liked to be called) and her life, currently running at Gowanus Loft in Brooklyn.

GSAS! correspondent Tara Gadomski is back on the mic! Listen in as she and The Millay Sisters co-creators and performers Margi Sharp-Douglas & Rachel Murdy, musical director/musician Peter Szep, and co-directors Joan Jubett and Cynthia Croot discuss their process of development, light and dark, dramaturgy in Maine, giving your audience the opportunity to sing, and the importance of a bar at your show.

“…people are going to hear this, and think, ‘oh, it’s some sort of biopic;’ and there are a lot of facts in it. But really it’s about the emotional truth of what’s going on with her. When you see the show, you feel like you’ve met the person, not just sort of received facts from on high, and a lot of the music sets this sort of emotional world against which the poetry is then put…”

END_OF_DOCUMENT_TOKEN_TO_BE_REPLACED 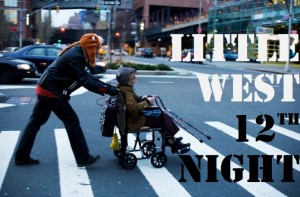