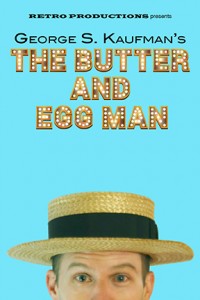 So a play about producing theatre, where the title is slang for a sucker who puts a lot of money into a theatrical venture he doesn’t truly understand…it might hit a little too close to home.

But Retro Productions is always a safe bet, which is what brought this microphone & podcast man to see their production of George S. Kaufman’s The Butter and Egg Man—and I found out that it did hit, in all the right places.

Listen in as director Ricardo Rust and cast members Ben Schnickel, Alisha Spielmann, and Heather E. Cunningham (Retro’s Producing Artistic Director, and past podcast guest!) discuss going back to the 1920s, choreographing your scene changes, how to deal with the unexpected onstage, and producing plays about producing plays.

“‘…it’s so fun to watch what’s happening onstage just like I’m the audience, and laugh at it…whether it be the actual play I’m laughing at, or whether it be scenery falling down, it’s funny, and you get to laugh at it…’
‘That’s kind of what’s so great about theatre…'”

END_OF_DOCUMENT_TOKEN_TO_BE_REPLACED 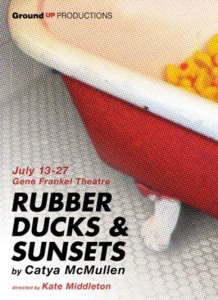