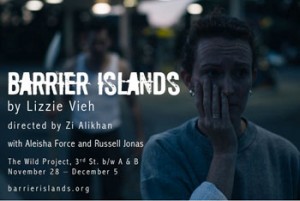 As one of the guests on this episode notes, that’s a common suggestion to independent theatre practitioners—and the thought of it can exhaust even the most ambitious of artists.

But sometimes, you discover that the people immediately around you—classmates, coworkers, colleagues—can come together to make something awesome.

As you’ll hear in this episode, that impulse to make something brought together the collaborators of Barrier Islands, a brilliant play written by Lizzie Vieh, directed by Zi Alikhan, produced by Donny Repsher, and beautifully acted by Aleisha Force and Russell Jonas. Inspired by true crime, Barrier Islands appears at first to be a crime procedural or whodunnit, that as it unfolds actually becomes an exploration into various modes of violence against women.

Listen in as Lizzie, Aleisha, Russell, and Donny discuss the parts of ourselves that we’re hiding, dialogue that just rolls off the tongue, finding distinct characters, imposing deadlines, disovering collaborators at your day-job, and how having one more beer might make you a producer.

“…the style of restaurant in which we work has a style of service that makes us depend on one another quite frequently, so I knew that I could trust her as a person. And then I went to see her as a playwright, and you put those two things together, and you go, ‘oh!’…”
“She can write a play, and she will get that ketchup to my table.”
“She will! She won’t forget that ketchup, and she can write a play. Winner, winner.” 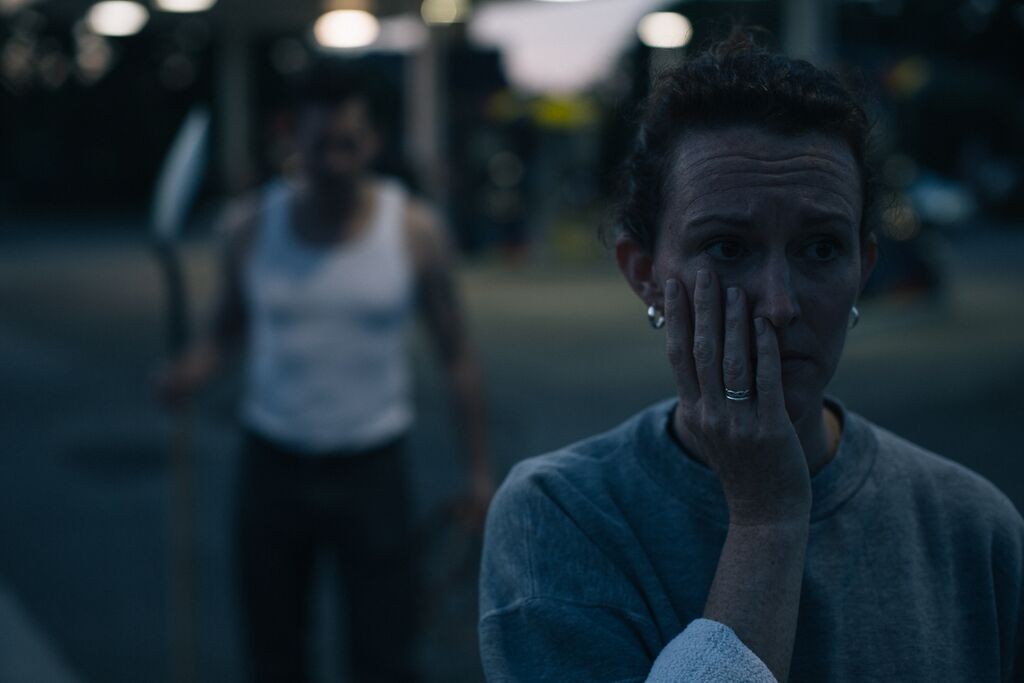