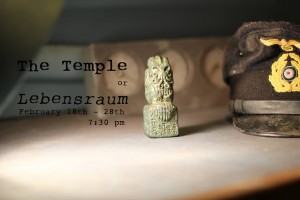 It surprised me to hear that Nat Cassidy‘s new work The Temple, or, Lebensraum, currently running at The Brick, was based on a story by godfather of horror H. P. Lovecraft, because in all my collections of the man’s writings, I hadn’t read it.

It’s an early piece of his, available for free online, so I breezed through it on my way to the theatre. But where the original is a small (and, truth be told, somewhat weak) tale from 1920 set on a German submarine in World War I, Cassidy’s adaptation moves that submarine to 1943 (and is anything but weak).

While it’s completely unnecessary to read the story in advance, if you’re familiar with it, you’ll see a lot that’s familiar (dolphins!); but you’ll also quickly realize this isn’t just a stage adaptation. This is full adaptation, pulling the undersea dread of Lovecraft’s short story from simply a fear of the unknown into a complex play simultaneously weaving in fear of a well-known terror that humanity constantly struggles with: the fight amongst ourselves for power, and self-preservation.

Listen in as Nat, along with two of the show’s actors, Arthur Aulisi and Matthew Trumbull, discuss why this particular Lovecraft story and why it’s set in WWII, “terrible things,” finding authentic costumes for your show, I am Providence, and dealing with things that are way too huge for the human mind.

“I try to parse out what it is in our souls, or in our psyches…why it is that we find chaos so terrifying. What does it make us ask, what does it force us to confront about ourselves…to find the humanity in horror…”

“There’s a very strong…you can’t even call it an undercurrent, it’s the main current of the show, is joking, and humor…one of the many reasons for that is horror and humor are hand in hand, they’re so intricately related…”

The Temple, or, Lebensraum

written and directed by Nat Cassidy

all performances at 7:30pm 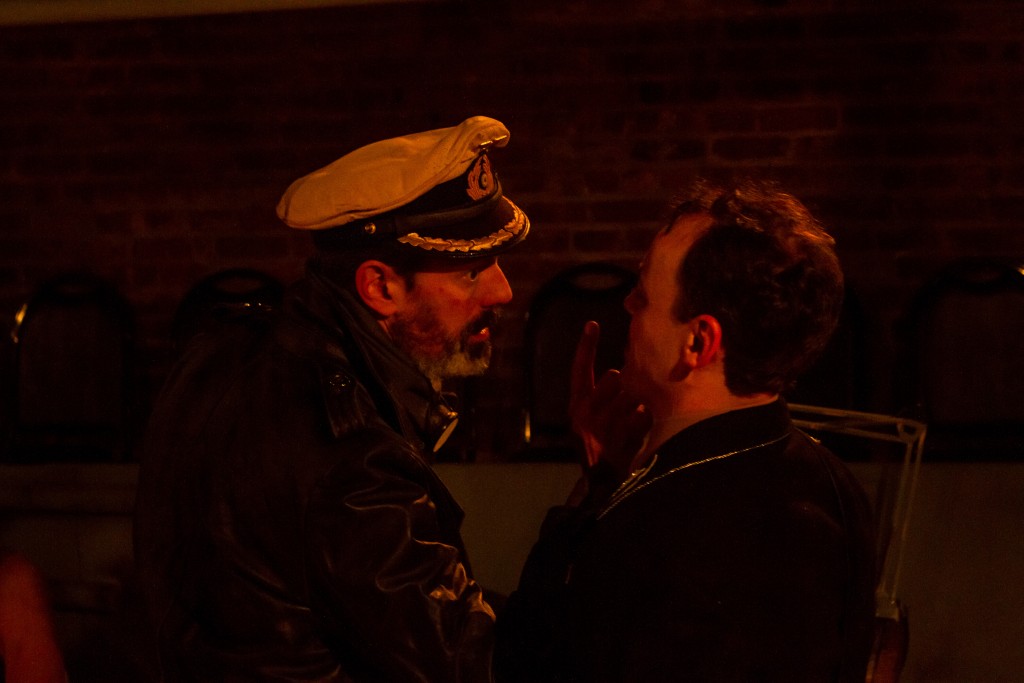 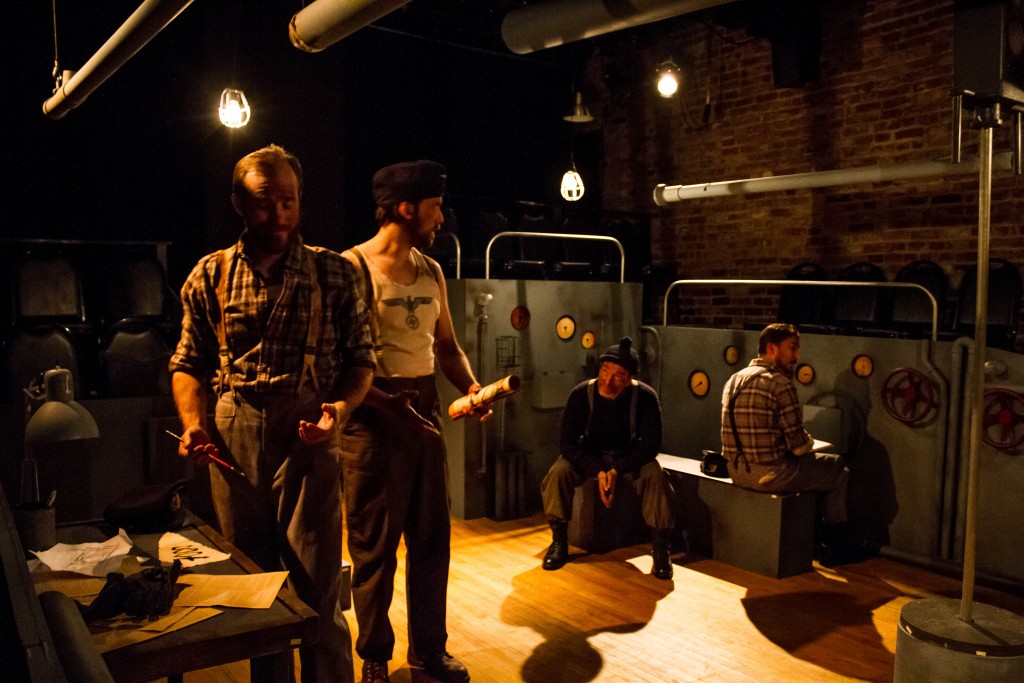 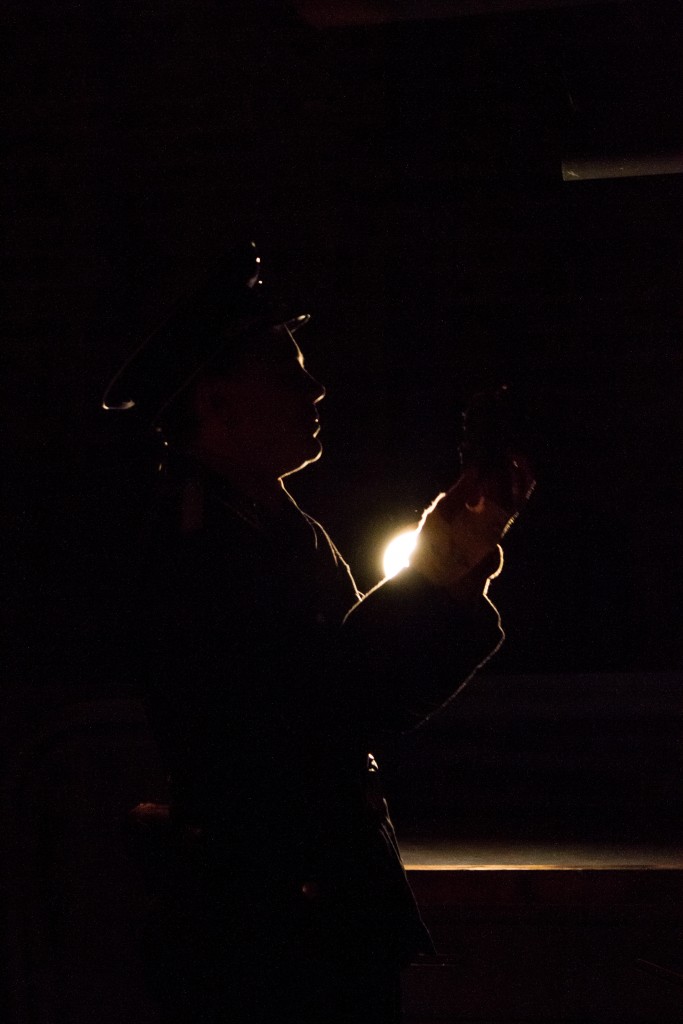 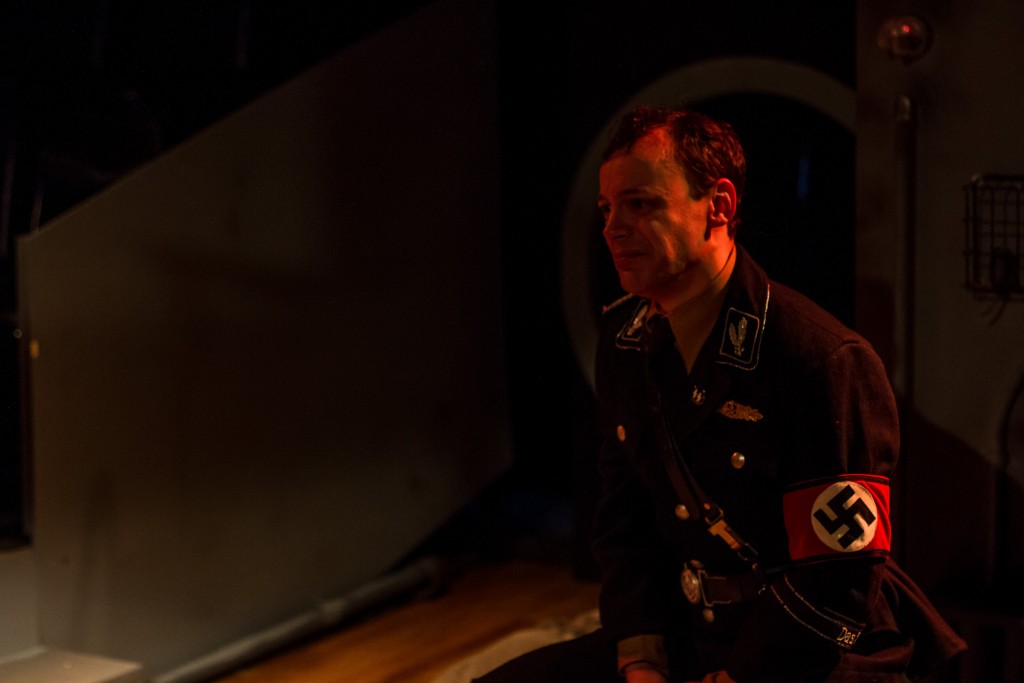