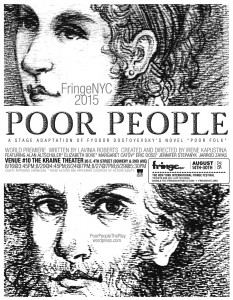 “…I really fell in love with Dostoyevsky’s humanist lens, and how perceptive he is about people, and able to really appreciate them for who they are, even when they behave in dubious ways. He has such a beautiful understanding of humanity…it was just such a really exciting world to dive in to…” END_OF_DOCUMENT_TOKEN_TO_BE_REPLACED