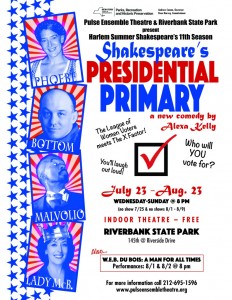 Just a good, ol’ fashioned, wholesome (and of course, often antagonistic) debate between some of your favorite Shakespearean characters—Phoebe, Bottom, Malvolio, and Lady Macbeth—as they try to win your vote as candidates in Shakespeare’s Presidential Primary.

On this episode, listen in as the show’s writer/director Alexa Kelly, along with co-conceptualist Brian Richardson (who plays Malvolio), and the rest of the cast of Karim Sekou, Marcia A. Berry, Denise Marie Whalen, Samantha Osborne, Celine Havard, Colleen McGloin, Camille Mazurek, and Michael Gilpin, discuss writing your free summer Shakespeare piece to your convention-hall-like setting, how the audience affects their participatory show, the friendly competition between the candidates/actors, and Chris Christie as an actual ass.

tickets: FREE! available at the door 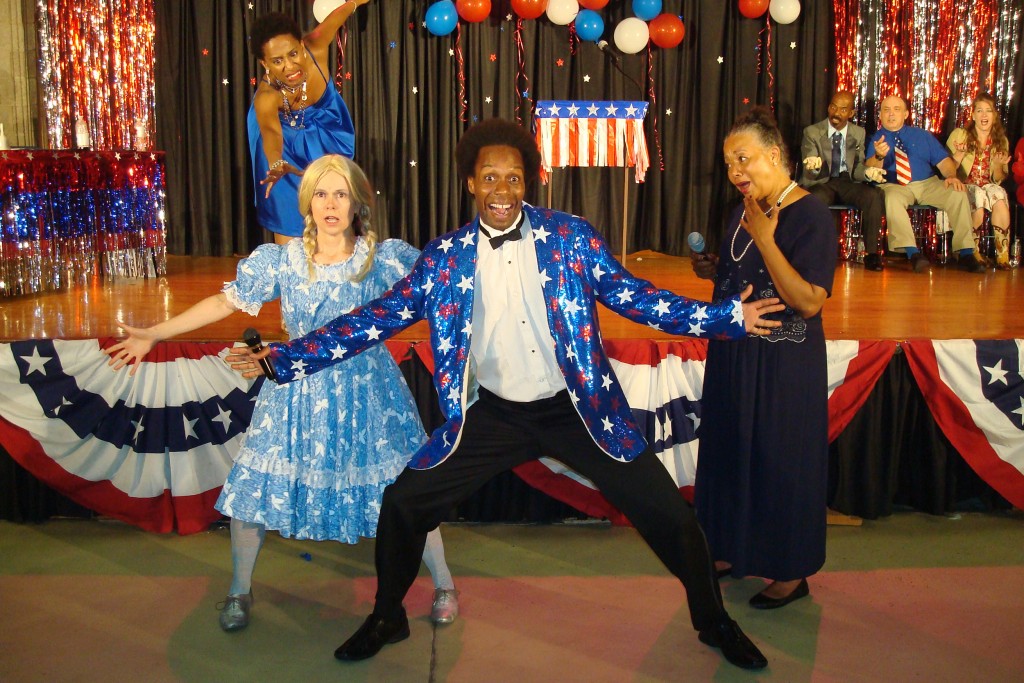 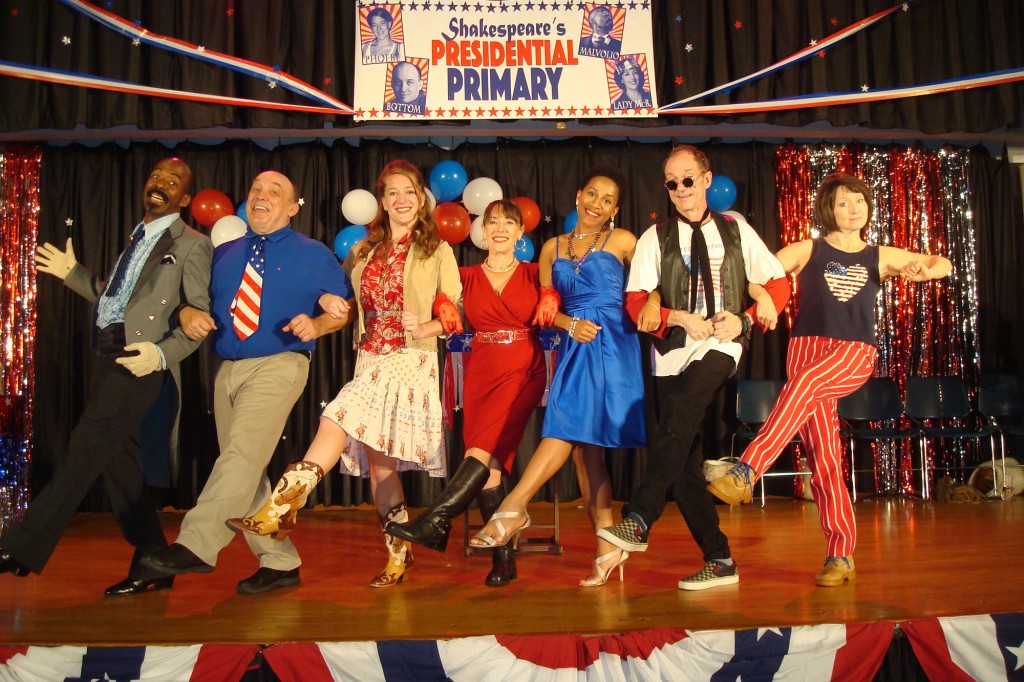 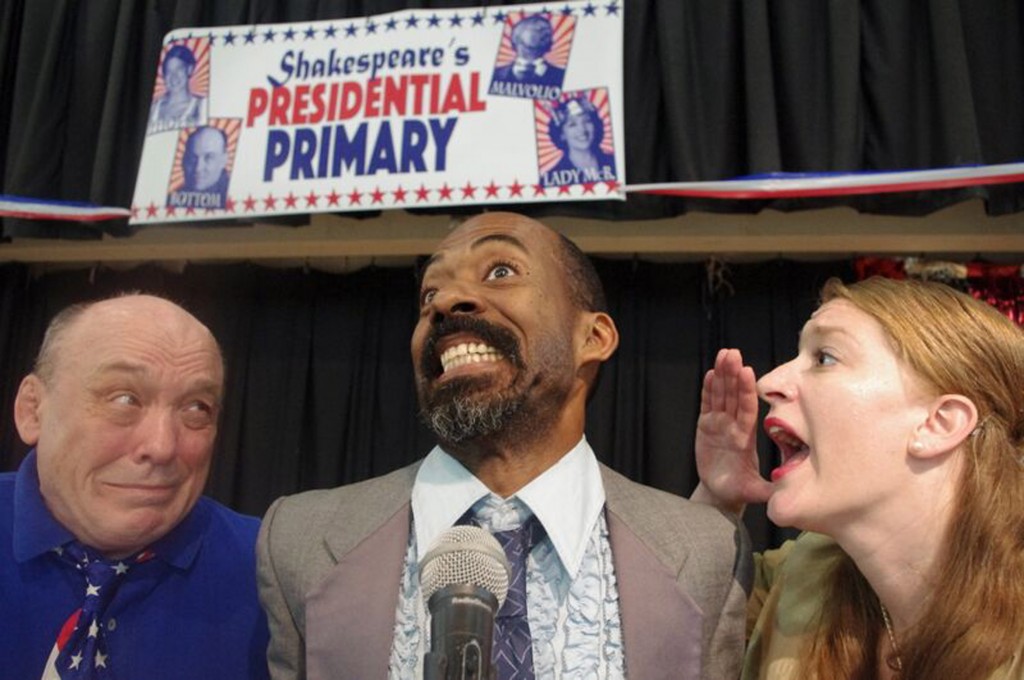