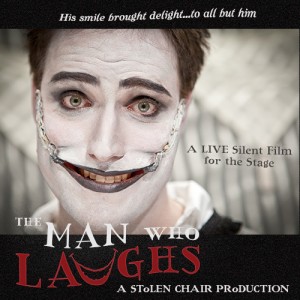 In this episode, GSAS! visits the incongruously-located Urban Stages (who’d think you’d find a cool downtown-style venue just down the street from MSG?) for Stolen Chair Theatre Company‘s production of The Man Who Laughs, billed as a “live silent film for the stage.”

And that’s exactly what it is — black & white sets & costumes (and make-up), brilliant live accompaniment by pianist Eugene Ma, dialogue cards to impart important spoken lines, even silent-film-era-style camera angles. And then there’s the free popcorn.

Listen in as GSAS! talks with director Jon Stancato and playwright Kiran Rikhye about encouraging the audience to get into costume, how to write a play without dialogue, and re-discovering the magic & possibilities of past performance styles.

The Man Who Laughs

written by Kiran Rikhye, adapted from the novel by Victor Hugo
directed by Jon Stancato 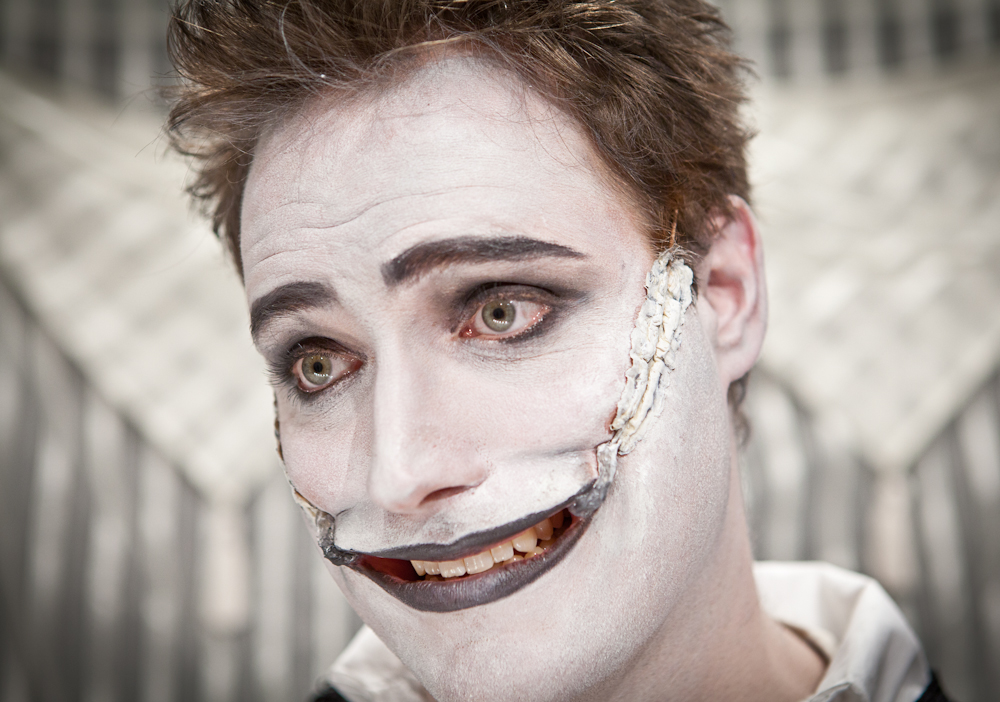 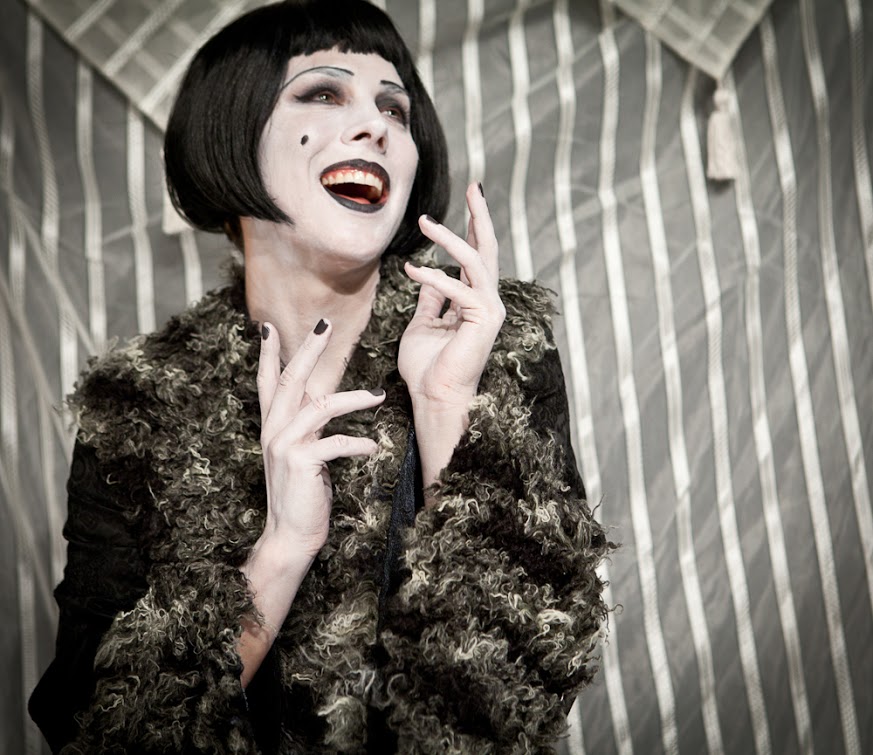 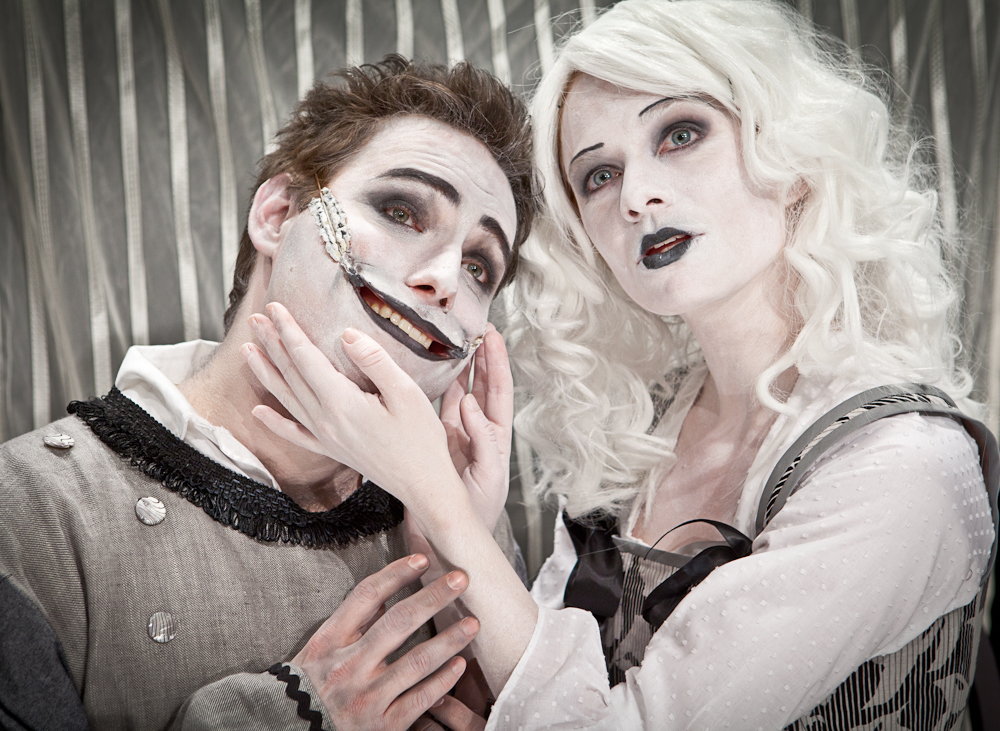 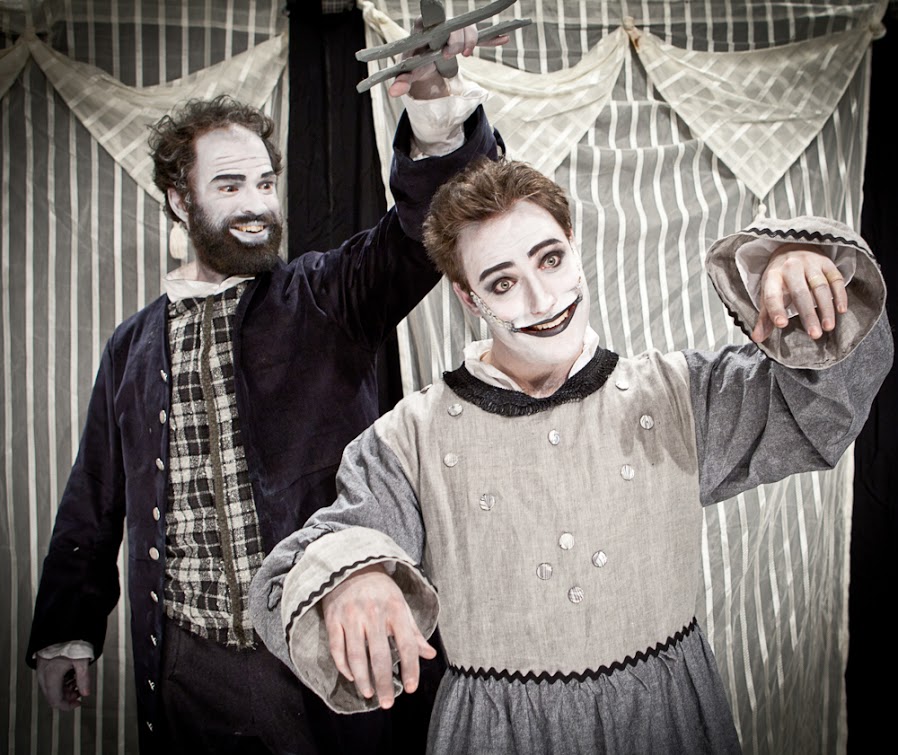 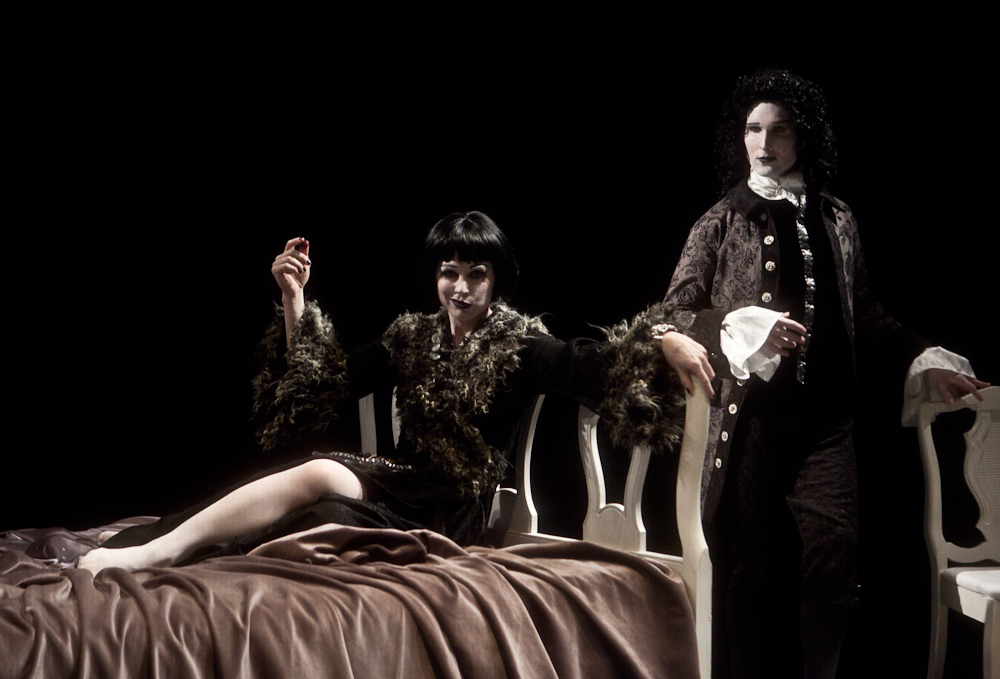